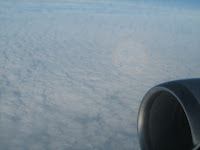 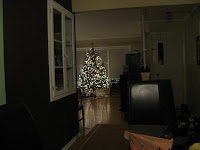 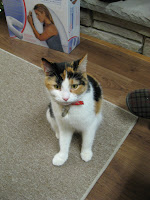 Another lovely surprise when we got to Kate's was the new addition to the family going by the name of 'Balero'.  Approximately one year of age, this small, soft calico feline is a really sweet kitten.
Balero is a rescue kitten from the S.P.C.A and had only been a resident at the Mason housefold for five days when we arrived.  She has settled in quite nicely and enjoyed Christmas with her new family.
She is a curious little beast and had a few unusual adventures throughout the house during our visit.
Posted by Tessa at 13:43